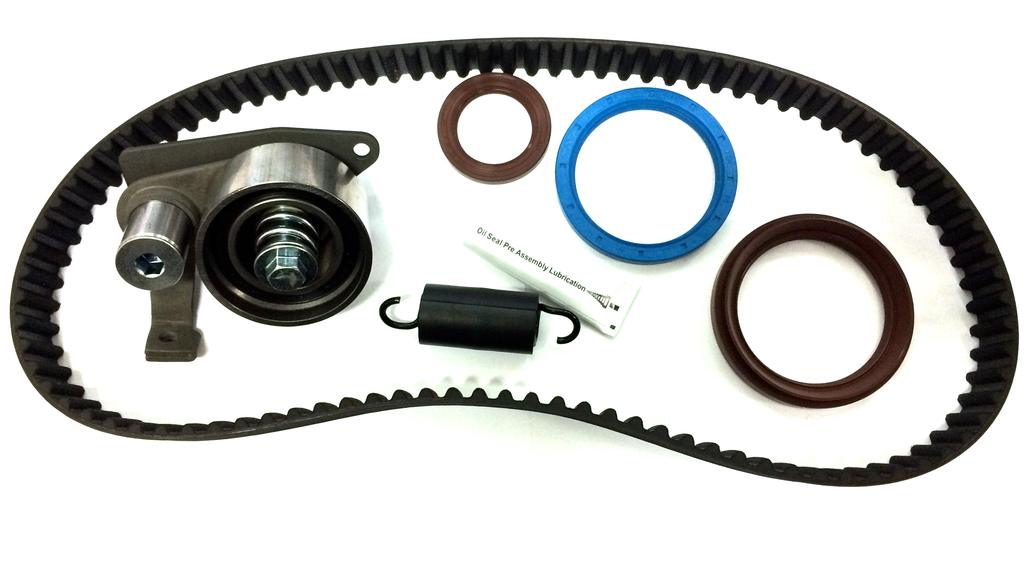 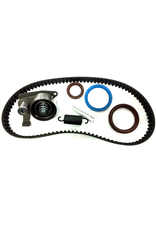 This kit is no longer being supported.
Please use one of these kits instead:

When replacing your timing belt we always recommend that you also replace your tensioner pulley and spring - these parts are included in the kit.

The cam seal and injection pump gear seal are also worth doing, and come in the kit.

The front crankshaft seal is also in this kit, but it can be very challenging to get the front crank pulley off - so it’s probably better not to replace this seal unless it’s leaking and you really need to. The front crank bolt is 32mm, and if you heat the bolt to get it to come free, then you should replace it.

Components are from Japan & Germany